Get Your Filthy Hands Off My Desert 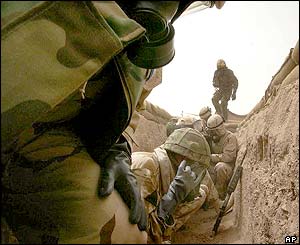 My Grandfathers fought in the wars. One grandfather in the trenches of 1917. The other in the desert of 1943. As I read that the last survivor of the first world war hit the age of 107, I realised that my grandfather, if he were alive now would too have been 107. He was a gentle, kind man. Happy to sit and watch television with his wife in the quiet age of rest. I don’t remember how he died, or when. It was sometime in the 80’s I think, trhough I am not sure when exactly. He never spoke about the war.

To me, the idea of my grandfather carrying a gun, trawling through mud and blood and guts seems utterly alien to me now. How that man could do those things seems impossible to me now. Our generation will look back at our war, and our biggest battle was getting Glastonbury tickets or a mortgage.

It never seemed real to me. It was only when, aged ten or twelve, I was in his shed, and found his old trench helmet, that it became real. He was there, he lived through those things. The war to end all wars was no such thing. Neither was the Second World War. Nor Vietnam. Nor the Falklands. Nor Iraq.

A century on, and mankind still doesn’t learn.