Publish And Be Damned?

Blogs are strange things. They are very visible and very public. It's a lesson hard learnt, and there's only way to learn it : the hard way.

Simply put, if you don't want anyone to read it, don't publish it.

It happened to me. I don't blame anyone else for what I did really. I said things I probably would have been best not saying. If I had the slightest inkling it would've caused me even 1% of the hassle I have had I would never have done so. At the end of the day, whilst I feel I'm being treated very unfairly and abusively by certain parties due to things I have said on my blog, I'm not going to blame anyone else. I do blame other parties for their interpretations and their actions, but not blame them for what I did.

These days if I don't want people to read it, I don't publish it.

Don't just shoot the messenger, some people send them to a special level of hell.

In reality, people can read their own interpretations into other's actions. The problem with doing this is that people are fundamentally different. It's fallacious and inaccurate to read all people's motives as being essentially the same as your own. I remember one incident where someone surmised that I ran from woman to woman (apparently) because I was just trying to replace my deceased mother. That was an overexplanation. Simply put, at the time I liked having a girlfriend, and sometimes had partners that weren't suitable for long term relationships with me. All the other stuff? Externalising. And Externalities are bullshit.

Sometimes people don't act the way it is percieved. Sometimes people are asked questions and just answer these questions honestly in their opinion. Honesty is not malicious. It's neither spite nor revenge to answer a question. Ask yourself the motive. What does it profit this person to behave that way? Why would the person act that way? What would it benefit them? If it doesn't benefit them, they probably won't do it unless it benefits someone they know. Sometimes people do nice things to be nice. Rarely do people do nasty things just to be nasty.

I refute the attack upon my wife. As far as people go, I think she's one of the least malicious people I have come across. To answer a question honestly and to state that answer is only their opinion is not an act of spite or revenge. 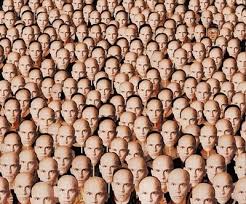 If something is personal : keep it personal to yourself. It is not a betrayal to be honest or to answer a question honestly. If you think honesty is an act of betrayal, then probably have something you are rightly ashamed of. Only blame a person for the decisions they have actually made, not for the trouble your own actions have caused yourself.

A long time ago, I cheated. I was caught. Or, more correctly, I was outed by someone with an ulterior motive. Wether they intended to or not, that person slept with both the women in that bizarre love triangle very shortly after. If I didn't know better, I could suggest that he was offering sympathy fucks and outed my infidelities as a way of getting laid. That's how it looked anyway. But am I to blame for that? I'm to blame for cheating, and that wasn't the right thing to do. I'm not to blame for what he did, and whilst I was angry it had happened, I had to accept that I was the architect of certain elements of that situation.

Stop blaming other people. Grip up, and accept the situation. Honesty is not betrayal. A blog is not a soapbox, it does not exist in isolation, it does not offer a non judgemental, invincible platform for opinion. Over time, as my person has grown, the blog has become less and less personal. Not because I don't want to share. But because I don't want to share parts of my life with everyone. Just most people.

I'm done with this. All of it can be summarised in one sentence :

If you don't want people to read it, don't put it on the internet where it can be read - and don't blame anyone else for what you yourself created.
- posted by Mark @ 8:40 pm