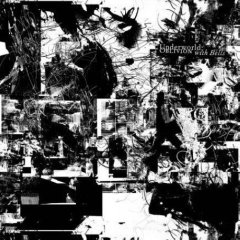 Half a decade is a long time in pop. In half a decade, Underworld have quietly slipped out of the mainstream eye, back to becoming underdogs responsible for the lager-lager song. They've split with label JBO, gone silent for years on end, retreated into touring foreign climes, and restricted their releases to a series of Web-only MP3 EP's and the occasional soundtrack to blink-and-you'll-miss-them British movies. In short, they've fallen off the map.

"Oblivion With Bells" then, is their first album since 2002's "A Hundred Days Off", and it's a strange one. The band have moved on, far beyond the trademark sound of their early releases into a new, semi-mellow territory of mood-enhancing, atmospheric bleeps and blips. Songs exist on tiny musical and lyrical motifs for seconds at a time before evolving into something else, before regrouping into something else. Opener - and lead single - "Crocodile", is utterly forgettable no matter how many times I hear it - but that isn't really the point. It's merely the springboard for a whole musical adventure of rapidly changing and mutating sound. The opening quadrant of "Crocodile"/"Beautiful Burnout"/"Holding The Moth"/"To Heal" aren't anything so much as one enormous 20 minute organism of sound that unfolds and explores the genre like Gromit laying track before a speeding train in "The Wrong Trousers."

In the true Underworld tradition, the gentle flow of any record is normally broken around 25 minutes in with a clunky monochrome number aided by Karl Hyde nasally rumbling about nonsense. "Oblivion With Bells" then, at least it's consistent. "Ring Road" is just the ticket then : a monotone beat of sharp clunks and mumbles.

What is fairly clear from "Oblivion With Bells" is that Underworld are far removed from the conventional music model of single/album/.tour. The songs isolated as 'singles' ("Crocodile", "Boy Boy Boy") are not, by any standard, pop hits : neither particularly exceptional, catchy, or short.. If anything, it's fairly clear that underworld are now in the realm of the true artist - without financial incentives to play the pop music game of The Big Hit, they're off following their own muse in the depths of uncharted space.

After all, anyone with a song called "Cuddle Bunny Versus The Celtic Villages" isn't exactly aiming to get to Number #1 in the pop charts. After around an hour, the album trails off with the slowly hypnotic minimalist variant of "Best Mamgu Ever", a gentle mantra that diseappates into an aural nothingness.

Overall, "Oblivion With Bells" is the least enthralling Underworld album since 1989's "Underneath The Radar." : it's by no means bad, as it offers a gentle soundscape of electronic stream-of-consciousness that would be ideal for relaxed home listening. What it doesn't do is provide a compelling listening experience that makes the listener feel they must return to it to hear it again immediately in order to luxuriate in its absolute brilliance. It is, however, a slow burner that the listener will return to with regularity over many years to come to enjoy. Longevity is timeless.
- posted by Mark @ 11:33 pm