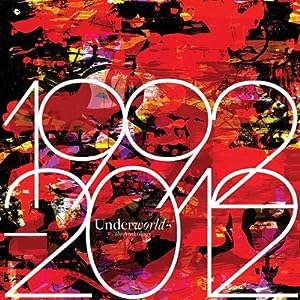 Replacing 2003's now incomplete collection, “A Collection” and “Anthology” are, in effect two parts of the same whole. I despair though, of the release strategy for this. To obtain every song on this wonderful release, you have to buy both the single and triple CD versions. The new, post-Barking, 2011 recordings, including “The First Note Is Silent”, the Eno colloboration “Bee Bop Hurry”, and the download-only, unheralded 2009 single “Downpipe”, are only on the single disc, remixed/edited “Collection”. The single disc version is also the only place you can find any version of “King of Snake”.

For a more comprehensive overview, you need to plump for the full length mixes and broadband version that is triple-set of “Anthology”. Or, if you're like me, you have to buy them both. To the casual fan, it doesn't really matter which one you go for. They've all got “Born Slippy” on.

How far we have come since then. It doesn't seen 18 years ago that I loaded the phoenomenal “Dubnobassinmyheadman” onto the deck, fired up the Playstation, and played racing games, Doom, and GrandTheftAuto, on summer days with the summer sun streaming in and the sound of softly pulsing machines keeping my heart beating. It doesn't seem 15 years ago I danced all night to “Pearls Girl” in Manchester, London, Birmingham, Wolverhampton, Chelmsford, Brixton, Stafford, and so many other nights knowing that whilst the morning was coming, even if it was dawn outside, the morning hadn't come yet. Steam rising from young limbs as we fell into the cold streets and rain at 2am. These songs, this band, those shows, were the ones that – like contemporaries Orbital, Aphex Twin, The Orb – were ones that are both of a time, and utterly timeless.

If Underworld didn't exist would anyone invent them? Of course not. The idea of two fifty something technogeeks pulling out three hour sets of relentless, dense, and intelligent electronic music, and celebrating the utter silliness of the world would baffle people. After all, they started out as a lumpen semi-Simple Minds, turned into part of Debbie Harry's backing band, and then reinvented themselves. Certainly, over time, Underworld evolve, change, mutate, but also, always at their heart are the same thing : a great big lump of machines making a big noise. The story is told chronologically. And whilst “ A Collection” runs backwards through time, opening with the new material – all of which stands up next to the better known 'Big Hits', the fear here is that the band put the big stuff at the end so people don't reach for off/skip button when the future starts being the recent past and not the distant past of futures unlived. Certainly, there's wonderful bursts of chemically-enjoyable breathless pop with “Scribble”, the under-stated slink of “Crocodile”, and following a mid decade absence of five years from the record scene – punctuated only by the odd vinyl, Japanese only live album, or soundtrack release – we drift back to “Two Months Off”. “A Collection” concentrates on the big numbers, “Push Upstairs”, “King of Snake”, “Jumbo” (bafflingly, a miniscule hit at the time, the pop equivalent of a 'sleeper hit'), all capture the way a big night might sound the morning after. Not the chemical rush, the crash of eyes, the brush of skin, the moment your nose fills with the smell of her midnight hair as you stare to the ceiling, and you dance, dance, dance, and wonder could this be love? Could this be The One? Who knows? The words surround and enscapulate, capture the confusion, the waitress, the red and yellow, the lager, the lager, acid ted, blonde boy and this is now and here and all happens around in your ears. And if you are listening to this on your iPhone at the station, or walking down the road, or even doing the washing up, whilst our bodies may be here, in Meatspace, we are all somewhere else, dancing in our minds, grabbing a cab home with a stranger or a lover, the music, and the gentle sound of a Sunday morning. And this is where, like The Shamen and so many others, where Pop met the dancefloor.

Certainly at one point, Underworld, like New Order, Depeche Mode, Orbital, and everyone else, changed – and became dance music for people that didn't go dancing until dawn anymore. But did this hurt us? No. You cannot remain the same forever : let that crown of thorns sit on the heads of AC/DC, who have remain frozen in some kind of musical amber since 1977. The joy, the power of this, the importance of this is not just how they were, but also how they are now, how they have tracked their lives, changed and evolved and grown up and become something else. As “A Collection” races backwards, the listener is faced with the odd sense of the record speeding up – faster, more intense, as we race to the end. But it doesn't really matter. The cutting, sawing, heart racing “Cowgirl” doesn't mean anything, but in this rush of noise and confusion and clusterfudging, it means everything.

For “Anthology 1992-2012”, it present a more cohesive set, a wider overview : split from the necessarily evil of the pop format, here the songs live and breathe to the full extent, over three hours of material designed for cycling, dancing, or some kind of intense physical activity – an orgy, perhaps – where the mind loses itself in the body and you achieve, as I have rarely felt, but treasure, where we transcend the mind and the boundaries of known perception fall away and we are perhaps best known, in ourselves, just being, no lonmger doing, or thinking, but exploring, in our own universe. Over two discs, the mind can wander : much like those rare moments in my life – particularly seeing Pink Floyd do “Echoes” - where everything goes away and I am somewhere, someone else completely.

But the three disc set is also short shrift. “King of Snake” is not on this at all. Neither are the three new songs. Neither are the later singles such as “Dinosaur Adventure 3D” or “Always Loved A Film” or the re-recorded 2003 version of “Born Slippy.Nuxx”. Aside from the obvious, and blatant value-for-money aspect of the keenly priced, three hour set, the draw for me is the third part, which collects 80 minutes of rare, previously uncompiled material from deleted singles, compilations, ancient vinyl and elsewhere, and brings them together as a mini-rarities release in its own right. Some of this is better than their huge selling big hits. Underworld never wrote hits, or albums tracks, or b-sides. They just wrote songs. Lots and lots of songs. And they are still here. And in ten years time, they may still be here with us. Growing older, growing spiritually, mentally, and going somewhere. Just like all of us.

In either case, the music is unquestionably strong. “A Collection” is more for the pop fan looking for a short and quick hit of glorious pop. "An Anthology" a large unit of direct, weighty electronic music of deservedly renowned gravitas.

An anthology? A Collection? All of these, and more – A Life. 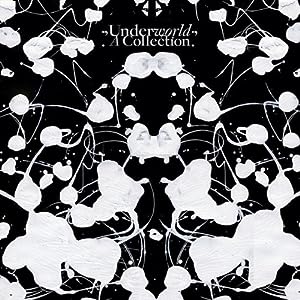