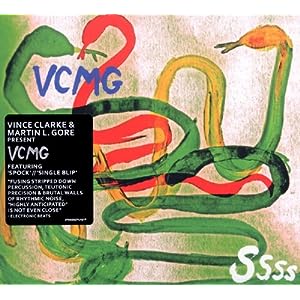 Improbably, this collaboration between half of Depeche Mode's 1981 lineup – the effortless popstrel Vince Clarke whose every release has been, incessant, oppressively cheerful and the later, naunced king of mild bondage miserabilism Martin Gore – take a brief break from their day jobs in respectively Erasure and Depeche Mode, to explore a silent first love.

Both of them have, in their ways, explored the power of technology over the past three decades : Vince drawn always to the brighter, cheerful sunshine of analog synths, easily creating delicate structures of jauty, fast paced, and melodic pop where it always April 1984. Gore, on the other hand, gave the world such feelgood tunes as “Shake The Disease”, “It's No Good”, and “Enjoy The Silence”, melding an immaculate production with a fetish for minor keys and chords, and vocals that try to make a disco out of an existential crisis. So... what you might expect with VCMG is an almost of literate, retro-futurist, morbid pop? No such luck.

Immaculately produced, VCMG is a dense hour of electronic exploration : the material – 11 or so pieces of instrumental motifs – created by email and from thousands of miles apart, sounds like a determined single entity. The undulating tones and rhythms could be a particularly fond return to form from a mid-range electronic outfit that makes a small living.

The pounding, slightly threatening “Lowly” begins the album : like all of this, made on old-fashioned, customised synthsets, tweaked and bent, with longstanding, elegant melody lines and immaculate rhythms, it sounds like the unholy, lovely union of two very different minds, with jaunty drums and melancholy strings, and and a joy through repetition that only repeated exposure can bring.

“Spock” is utter Depeche Mode. The nearest comparator are the kind of luxuriously rich sounds they were making ten years ago. Over the course of an hour and ten tracks, there's no chance of everything being a standout - “Zaat” and “Flux” aren't the most rewarding listens of all time, but “Windup Robot”, and the wonderfully titled “Skip This Track” are entertaining, rewarding diversions from the day jobs of being maudlin popstars. 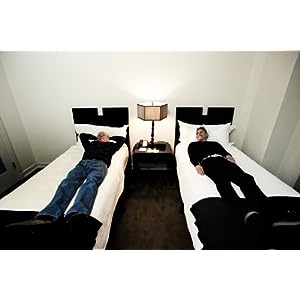