I'm playing Celebrity Lookalike. You can join in if you want. I'd been told I look like these offenders.. 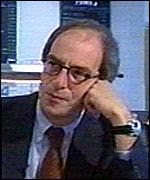 You have NO idea how offended I was when I heard the last comparison. I signed an autograph as the middle one, in a field in Glastonbury on a Sunday morning. The former one baffles me, because I am neither as podgy, nor as receding. Nor as published, or as employed by the BBC. I think I might trade the former two for the latter, to be frank. Who do YOU look like?
- posted by Mark @ 9:06 pm

Comments:
I've been told I look like a few celebs...never the same one twice tho :S
I've been told i look like
Gillian Anderson (X-files Scully)
Isla Fisher (girl with long red hair from Home and Away)
Libby (from neighbours.. dont know her real name)
Toyah Battersby (from corrie, again, dont know her real name)
Tina Hobly (Chrissie from Holby City)
You've seen me, what do you think...lol

btw.. i dont see a likenes to you in any of the pics

An Extraordinary woman in a mediocre life : 11:29 pm


I've been told I look a bit like Janis Joplin...but only when my hair is long. Basically, I have Janis Joplin hair.

Hi, You can stop guessing and find out which celebrity you resemble at HashThySelf.com. We also have a blog now, at Hashthyself.blogspot.com. Please do check it out and let us know your thoughts.

We're especially interested in getting feedback on Zetangole, our Celeb lookalike PC game.

Hope you have fun.