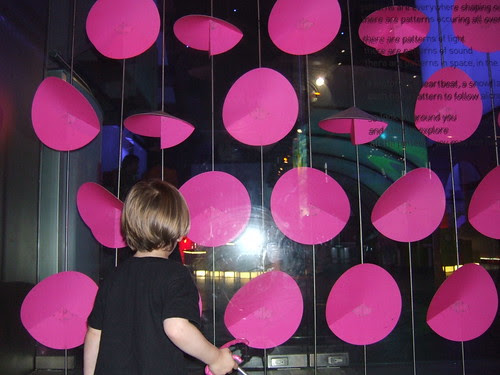 Well, the blogs been quiet for a number of reasons : I've been enjoying some time off work, which I have been busy. I've been writing furious letters of complaint (well, 1 letter actually), been pursuing my ongoing issues with my former employer (I have may have finished there, but I'm not finished with them), and generally gotten on with things. Other than that, I've been nursing my bad back with some hard-earned Sofa Time, not watching any Jeremy Kyle, and 'fixing' the laptop. Not that it needed to be fixed, but since the laptop hard drive is much smaller than the previous inclusive HD (this laptop HD is 80-GB, the previous configuration I was running on was 250/120 GB) I transferred and double backed up everything to a 300GB backup and a 500GB master that plugs into H:\

Thrilling stuff, eh? Nonetheless, I have spent the time rebuilding the iTunes database so it points to H, and doing any specific tweaking I need to. Now that I am able to reset a cultural Year Zero on the machine, I am able to copy this database and never need update it again. As long as the destination drive all my music runs on in future remains as H:\, I'm set for life. Tonight then, I am hopefully closing off, tweaking, and taking out all the duplicated music from M too Z.

When did life stop being so rock n roll? I can't remember the last time I was out on a Friday Night. In fact, at home, I think I've been out one Friday and one Saturday in two years. A middle aged. At state of mind. I even referred to myself yesterday as a 'grumpy old man trapped in a middle aged body'. When does middle age start? 35? 40? I don't feel middle aged. I feel... like the oldest boy in the world. Especially in the morning. Middle age is by definition the onset of boredom, of being staid, of not taking risks, talking like your parents, that kind of thing. And I'm not prepared for that yet. At some point the bands I used to think as cutting edge are going to sound dated and old. The rebellion of Slipknot will be as conventional as Simply Red, and I will be scared of children. I'll be square, old. I'll be tempted to pay ridiculous amounts of money to see Coldplay (with a different bassist) on their 2040 reunion tour of stadiums where they play nothing from the last 5 albums and only songs from the first 6. Later on, I'll be able to buy it a high def 360^ sensurround experience with my Virtual Reality Goggles. Or something.

Tommorow I am out all day with my best friend. We are taking in the Tate, The Barbican, some shops, some lunch, and later on Brett Anderson with string octet at the Royal Festival Hall. Sadly I am not seeing Philip Glass And Leonard Cohen because I am double booked... but so be it. I love you all, by the way. If you have requests for subjects for me to write about, drop me a line in the comments box.
- posted by Mark @ 9:20 pm


Comments:
I love staying in on a Friday night - knowing there's no work in the morning and being able to have a few glasses of wine and curl up in front of the telly. If that makes me old, so be it!