The Bears That Live Somewhere 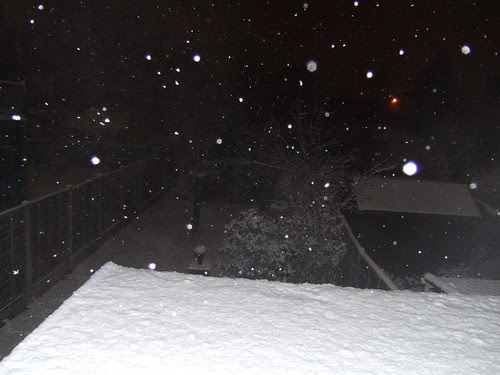 One of the experiences in life I wanted, desperately wanted, was to see “Where The Wild Things Are” with My Son. I know I have two sons, but one is only four weeks old, and this means that I could show him The End Of The World and he would just blink at it. And thus, my eldest, Mr X., and I had discussed going to the cinema, and he loves going with me.

Outside there is snow. A FUCK OF A LOT OF SNOW. Being Britain, I can barely remember any snow. We had a day or two in February, but before that, we have been averaging in this country a day or two a year, sometimes not til March or April. I think in 2008 there might not have been any at all. I missed it.

In 1990, I remember being snowed in, planning to see The Mission at the Aston Villa Leisure Centre – on December 9th – and being trapped on the other side of town, digging my dad’s car out of four foot of snow, being at home, trapped in, with grey / white snow halfway up the patio windows.

I don’t think it has ever been this cold : nor has there been this much consistent snow in my lifetime – there has been snow on the ground in some form every day since our son was four days old. I don’t mind it, to be honest. Part of me has long had a secret love affair with snow, since watching “The Thing” in 1988. The serene, white snow, the blanket of death.

And so yesterday, with five inches of snow, Xander and I set about to walk to the cinema. It’s normally a thirty minute walk, and I enjoy the exercise.

Yesterday, X and I spent an hour walking to the cinema in snowdrifts. We ran around the deserted mile long drive that runs round the back of the cinema complex, holding hands, throwing snowballs, taking photographs. For a while, he hadn’t spoken to me, and I feared he had thought he was in some way not important to me anymore. A snowball fight later and all was well.

We had been talking about seeing Where The Wild Things Are, which I had described as The Bears That Live Somewhere, which he was super super keen to see. We bought the tickets, and then were told… the film isn’t on.

The choices were Cloudy With a Chance Of Meatballs, or Alvin & The Shitmunks 2 : The Squeakal. I’d rather punch my eyes out than watch Alvin, so Cloudy it was… which was surprisingly good. I had low hopes which were pleasantly averted. 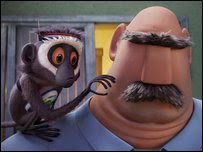 Xander sat on my lap in a scary bit. The film works well for adults and not adults. Even I, for whom junkfood is practically my staple diet, was staggered by exactly how revolting some of the food looks. After Supersize Me, I wanted a Big Mac. After this… I wanted tofu.

We played with other dads and kids on the way home, throwing snowballs at green bricks, clearing snow of cars, and giggled and laughed and cuddled.

So, we didn’t see The Bears That Live Somewhere, but we did see The Boy Who Made The Robot That Makes Food Out Of Water, and we had a beautiful day. And that is the best you can hope for out of life on a good day. 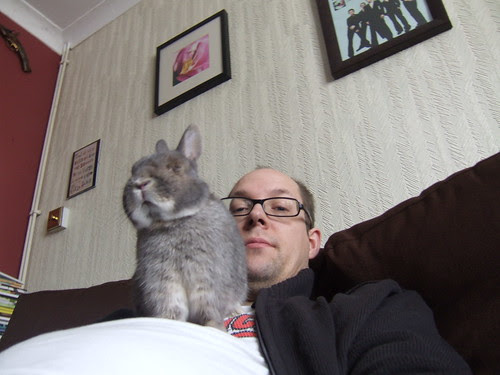