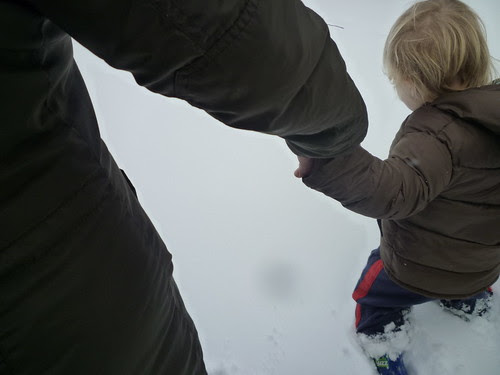 I'm not a feminist. I'm an equalist. All people being treated equally. It causes domestic issues, in the nicest sense of the word. My wife feels the inequality of the world greatly, as do I. From time to time the phrase will come out that “Because You're THE MAN.”

Yes, I'm a male. I don't want to be bound by the conventions of masculinity : and frequently, where I can control it, am not. But, at the same time, there are things I cannot control.

Both genders have their prisons, and their own straitjackets. This is not to say – and I hate having to even qualify this – that men have it “worse” or “better” than women, just different. Men suffer from the prison of expectation and societal conceptions too.

What man, were he honest, wants to go back to work two weeks after his child is born? The current maternity leave is that a female can take up to a year out from work when a child is due to be born. The male has two weeks which can be taken immediately after the birth of the child, and then, with his daughter or son barely a fortnight old, it's back to work.

Our relationship has had difficult patches : part of this is that, because my wife was not working, and I was, there are roles that our son has assigned to us. There were things his mum did which I couldn't because I wasn't there. Now she is working again, and he has still, in his mind these assigned roles. If he wants a cuddle in the night, and every night he does, he will not take them from me. Under any circumstances. So every night for longer than either of us want, my wife will at some point, go in there and he will cuddle her. I have woken up alone for two years. She has not had an uninterrupted nights sleep in two years. Neither have I.

When he was born, within 15 days of his birth, I was putting on a suit and tie again, getting up at 7am again, and going on a train and going to London again, coming back at 7pm, and getting up at 7am again. The pressure – especially in a recession, where jobs are rare, where everyone has to earn their keep even more than they used to, where the eyes are upon us – is insane. I was working full time, and travelling to and from and anywhere else, and away from home more than half his waking life, and knowing that not only that, but with my wife not working, and not earning as much as me in any case, that I had to provide for the financial demands. When it was just me, whatever happened I could accept, even if it was horrific, because it was my decision and my responsibility. Now, my responsibilities were to feed and clothe and keep safe not just myself, but also two small children – these worry bombs – that were innocent, unknowing. If something happened to me, not only was I going to suffer, but also my wife, my two lovely boys, who had no say in this and were victims : in so much as events happened to them they could not control or influence. 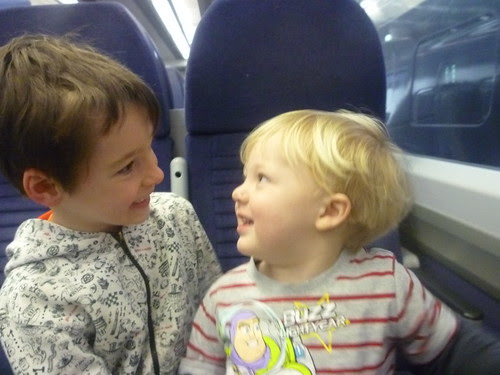 Society, in so much as the underlying narrative of all ruling parties and the structure of the economy, sees only the work that earns money as of worth. Wealth creation is an end to and of itself. Without seeing that wealth creation includes allowing others – like me - to go to work and earn money. The wealth creators are not the investors, but the employees, the workers, that create wealth through selling their skills for less than it generates. Without us, there would be nothing. (Accordingly, the government seek to reduce our rights and make it easier to make us unemployed, as the “red tape” of workers rights is undoubtedly what holds Britain back from success, and not anything else... not ANYTHING else).

And thus, for years, exhausted, without sleep, and in a state of frantic awareness of the exceedingly high stakes (Be Tired = underperform, lose your job, lose your home!), both of us have been frayed at the edges.

Of course, then, this is because I'm THE MAN. Not because of anything else. Even though I actively resent the burden of such immense responsibility : for parenthood is a joint role, a joint responsibility, and both of us should bear the weight equally. I should be able to take longer than 14 days off work to raise my children. Were parental leave split more equally, then at the very least, were my wife wishing to go back to work full time for she earns more than me (for example), then society would benefit in a multitude of ways.

If both of us were able to take say, an equal amount of paternity leave (lets say six months each), the current unequal home life we have – where the boy has assigned us each roles in his mind, and my wife constantly has broken sleep – would not have happened. 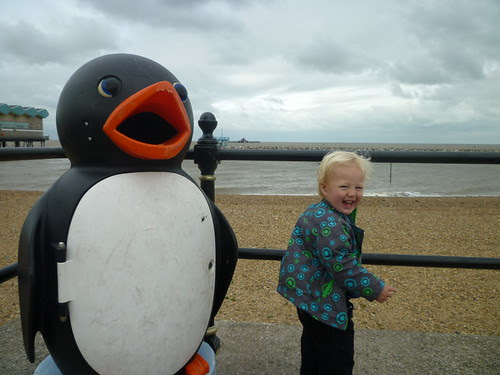 The very structure of maternity leave is that the man earns more money, so he should go to work and earn the money whilst the “lowly” women that earn less should stay at home. If she earnt more than me, than she could earn more than me by going back to work, but that option is not entertained.

What if my wife had died giving birth? Would maternity leave have transferred to me, or would I have had to go to being a single parent of a two week old, trudging back to work and relying on the grace-and-favour of grandparents that might not exist?

If my son was unwell, the idea that I take him to the doctors, or take the day off to look after him, is laughably ambitious. That's the mothers job. Whilst he is going to the dentists, or at school, or playgroup, or the doctors, or hospital appointments, or taking swimming lessons, or his first steps, I am at work.

My son's first steps I saw with my own eyes, on a mobile phone screen. The first time he said “Mummy”, or “Bus”, I was at work. Those are moments we never experience again. And do I want to be at work then? Of course not. But I must.

If I am at work, I am an absent parent.

Whatever it is, I am part of the malaise that makes Broken Britain.

Men are a victim of sexism as much as women. The fetishisation of employment as the only work that matters is a cruelty that denies us from seeing the value in work that does not necessarily pay money. This is why I am not a feminist, but an equalist. Equal parental rights for all is one of the many ways the inherent inequality in this broken country can be repaired.

But don't get any ideas : I know it's only because you blokes want a few months off work on holiday. You lazy shirkers. Get back to work. And stop being absent parents always at work. Britain is broken. And it's my fault, and yours.
- posted by Mark @ 10:21 pm