Anyone can get old, all it takes is time. 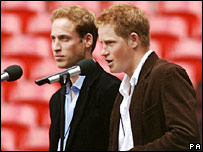 I've been busy a wee while. Yesterday we met with Heather, Felix and Casper who are over briefly from Boston. What is frustrating that in the US, employees normally only get 10 days a year holiday, which, to me, seems a inhumanly small amount. We were also booked to attend a 2 year old's birthday party, and I was booked to meet Mark and Paul and to discuss upcoming weddings and stag do's. So, triple-booked.

In times of drought it never rains it pours.

Luckily, or unluckily, the birthday party was cancelled because of the adverse weather. It was raining cats and dogs. Which is almost as hard as hailing taxi's. We got to Heather/Felix's, and I had to set off after half an hour to go from Woolwich Arsenal to Surbiton, where I met Paul and Mark and we ate and drank and finally I headed back. Several hours later, met up again with E and X and Heather/Felix and Caspar in Greenwich Park, ate Texican (a variant on Mexican), and evenmtually we got home about midnight, just in time to catch a Pulp documentary on BBC4.

Got home late, was out all day. Today I have been hard at transferring stuff from my hard drive over to CD, burning audio CD's, watching the Princess Diana concert, and waiting for MTV to show Metallica at Rock Am Ring. I also spent far too long trying to navigating a piece of bandwidth heavy, content free, cool as shit webpage looking for nothing more exciting than MTV's Schedule. At the end of the day, it's alla bout finding the content. Flashy menus and crappy animation doesn't impress me. I just want to know what is on and when. Please understand, we don't want any trouble, we just want to be different. That's all. And user friendly web sites.

Still haven't reviewed Rufus Wainwright or Orbital yet, dangnammit. Well, tommorrow I have to sort out some CD's, do some work, buy some stuff, contemplate my last day of being 33, add some more content to Amazon's reviews (I figure I might as well let them be read by more people), do some washing up, maybe listen to some music, clear off the Hard Drive Recorder by adding 7 Ages Of Rock to DVD, and just get on with it.

I am already 34. The anticipation was worse than the actual event.