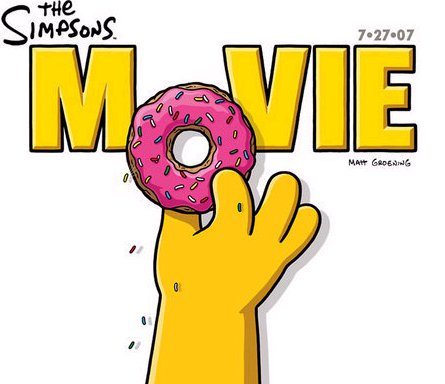 Simpsons Movie : good, but not worth the wait. The plot is slapdash anbd reminiscent of a well known classic episode. Despite being only 87 minutes long, to me, the film feels a little padded out with extra shots and moments that don't advance the plot or are funny. On top of this, the opening third feels like two seperate episodes shoehorned together : neither are particularly good.

Long time fans of the show know that the quality has tailed off now we are in the seventeenth season, and this film shows that even The Simpsons occasionally runs out of ideas. Bluntly put, a good episode from the early seasons are considerably better than the movie : the laugh-per-minute ratio is lower, and the plot is more episodic than you would expect from something as important as a movie. In addition, the film feels like four episodes intertwined. There are some brilliant moments, but not enough to make it great.