Well, actually I've written a few more than that, but 'only' 7 novels.

I've been writing for as long as I can remember. At school I wrote stories, though they weren't good. Around 15 I started writing poems. The first few were awful. You can read them, arranged annually, here. If using Internet Explorer, they appear to load rather slowly though. Firefox goes faster than a steam train in pretty colours ferrying nuclear waste.

Summer 1994, I was applying for jobs, having finished university. I had a period of around three months where I was unemployed. No internet, and no money. In the end, bucked up by a large collection of records, I took to writing my first novel. It was called "Better Than Nothing", which in retrospect is suitable. It doesn't exist in any electronic form anymore : I typed it, as I did the first three, on a green screen Amstrad 256 and stored it to floppy disks.

#1 "Better Than Nothing", 1994. Largely the product of boredom. I had nothing to say, and no plot, and a lot of free time. In the end I constructed a non-plot that largely gravitated towards the central protognist going 'missing', though even that was vague. I stole bits of songs, poems I'd written, and anything else I could think of to tell the story of someone who works behind the counter of a comic shop called Fantasy Bag's increasing dissatisfaction with life. It was largely a necessary step : an exercise in writing something to see if I could do it, and, similar in style I suppose to Less Than Zero, though without any of the quality of that. I never even sent it off to anyone, primarily because when I finished I felt that I can and would do better and could be quite embarassed to think that someone who didn't know me would think that that novel really reflects who I am, which it clearly didn't, even then. They say the self is the worst critic, and I don't think i'm being harsh when I'm saying it is, overall, in my recollection, relatively average. But a writer must start somewhere, and I saw it, in some ways, as a starting point to help me learn how to do this kind of thing. it's about 100 pages. This is a lot better. I have three or four plots, each being tangentially related to the other - a missing person known to one person is murdered by someone else, s tired rock star counts down the days to the end of his tour, a tired commuter feigns off the unwanted advances of a lonely housewife. I started this is early 1995, and stopped it in late 1995 just after the death of my mother, primarily because one of the characters was experiencing his own mother's slow death in hospital. To be blunt, it was too painful to deal with.In the end, in late 1996 I picked this book up and finished it in late 97. I remember printing it off, all 150 or so pages of it, one night whilst BBC1 shows U2:PopMart Live In Rotterdam, so it was finished between 18 July 97 and 22nd August 97. It ends with a demented lovesick confrontation between the unrequited and the unwanted. It's by no means bad, and I liked the way of using multiple narrators and viewpoints for the same tangential elements of events, and for all the characters to be related albeit distantly. It's good, but not great, and I still think of it as the work of an emerging writer with a long way to go before he feels comfortable letting other people see it. This also lives in my drawer upstairs. I do not have an original copy of this, but a photocopy. I think I may have posted out maybe 4 copies of this to distant friends, most of whom I have no idea if they ever read it.

#3 The Man Who Mistook His Record Collection For A Life, 1997. A collection of poems. I remember my then partner asked for me to compile my work, and I completely got the wrong end of the stick, producing what I thought was my best work, instead of a compilation of my love poems. I'm not sure she understood how unhappy I often was. You can read it here. It's pretty good.

#4 True Love, 1997. Second collection of verse. It seemed to create a cohesive whole that I thought was quite good. By this point, my poems were better than my writing. You can read it here.

#5 Secret World, 1999 More of a short story than a novel, I had an idea for two acts. The first involved God living on Earth in an act of retirement, having refuted all religions in disgust at the perversion of his message. He would go to clubs, meet girls, get drunk. Later on, it is revealed that mankind is very close to becoming extinct, and only a rare plant on a foreign island can save mankind. However, this area is to be developed by property magnates, and the mission is to go and save / preserve the plant otherwise mankind has unwittingly engineered its own extinction. In the end, I couldn't work out a second act that would realistically work, so I tied up the loose ends and drew it to a close at about 70 pages. It's pretty good, but a bit naive.

#6 A Life Cut In Half, 2000-2001. I remember putting this together at Christmas 2000-01. Thematically, it is a collection of my most visceral love poems, inspired by the death of what I thought was, and at the time, my most important relationship thus far. It was, I suppose, part of the grieving process. You can read it here. It's the nearest thing to my Birthday Letters I have produced thus far. It doesn't narratively follow the form I hoped for, starting with kisses, ending with tears. Compiled in January 2001. Written between 1996 and 2001, it chronicles the rise, fall, and fall-out of of a beautiful thing that turned ugly, through 71 separate poems arranged as a narrative whole. You can read it in two forms: as a whole, or poem-by-poem. We suggest the former. 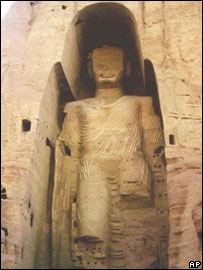 #7 Four Horsemen,2001 (abandoned). I was working on this between Feb and Dec 2001. Whilst there are numerous parts of the novel which are complete and not included, the work was written - unlike the rest of my work - non-sequentially, and only the completed whole (or approximately 33% of the planned work) is presented online. Like all my work, one geographical location appears to have a dominant thematic role : in this case The Bamiyan Buddhas.

In effect it was abandoned about one third of the way through. There's no significant reason for this, save that I couldn't get the middle third to satisfactorily work to achieve the narrative climax. Maybe at some point I will get that click in my head that makes the evolutionary leap from the first third to the end, but I doubt it. It's pretty good, dealing with EndGame theory such as the end of the world, corporations as agents of Satan, that type of thing. But fundamentally, it didn't - couldn't - work and thus, I shelved it. Click here to read.

"Imagine you’ve got everything you ever wanted. You’ve got a job. A girlfriend. An ex-wife. Too many CD’s and some post-millenial angst. Life is perfect. Well, not perfect, but as much as you could hope for. Except for one imperfection : You’re Dead.This is a survivors guide for what happens when someone truly believes, to their final breath, that “Until Death Us Do Part"

You can read what I wrote in Jan 2005 about it here. It's - in terms of writing quality, plot, ideas, execution, characterisation, - about a hundred times better than anything else I've done. For me, the big pull is the idea. What if I get bored? If I can't keep myself interested in the idea, the central premise, for the time it takes to write, then it's not going to have any longevity, it's not going be anything other than a waste of time. Thanfully this one kept me intrigued iuntil after I finished writing it. The central questions, who am i? why am i? what am i? will, I suspect, intruige me until the day I die and very possibly beyond, and these are the central themes it covers.

Since then, it's also the only work that I'm not painfully embarassed, at least in parts, by. It's also the first one I'm thinking will not embarass me in the future. You can read it here.

#9 An Extraordinary Life,2005 Inspired and tormented by Nanowrimo, i wrote 50,000 words in November 2005. The idea is quite good, I think. A kind of war novel confessional that follows the introduction of a new and unusual piece of weaponry in Iraw - namely Superheroes using reverse-engineered alien technology from Area 51. Good, paranoid, and absolutely for the tinfoil hatters.:

...."From it’s birthplace – from the moment of it’s inception, the purchase order raised by the army of Afghanistan, or from Russia in the dim and distant past, the quarry that mined the raw materials from the ground, from the moment of delivery to the factory – probably in my Home State where the military industry employed about 20% of the population, and more in the major towns – from the production floor where it may have been made by the mothers or wives or friends of my colleages, from the desks of ministers allowing Machine Tools deals in the hearts of industry – after all, Machine Tools is merely an euphenism - from all those things, the hearts and minds of ideological enemies, or fallen regimes selling abandoned stockpiles on the black market, a cemetry of military equipment, like the Chernobyl graveyard of 2,000 trucks and eighty helicopters bearing the radioactive emblems of the former Communist Regime, the 100 briefcases of weapon-grade nuclear Plutonium mysteriously missing from decomissioned reactors and military abses, from all these palces, to here – the weaponry was fulfilling it’s destiny, it’s purpose, it’s raison d’etre, why it was born, and here it was, finally living out it’s destiny. Born To Kill. "

You could read an excerpt here, but it has been updated with my 2006 details. Which is my next novel.

#10 I,Pod,2006. Again, a Nanowrimo adventure. The central premise is the autobiography of a well known piece of MP3-playing consumer technology. (You can read more here).

This time round I started, and let the novel (unwillingly, at times) write itself. I,Pod follows one man’s experience of his home town for just 24 hours. From the second the first terrorist bomb explodes in a central London train station to the exact moment the next morning, and the whole gamut of human emotions during the day London stood still. It's not bad at all, plotwise it is a little slight, but I think i did a good job with the idea and realising it's full potential.


Comments:
Looks like I've got some reading to do :)