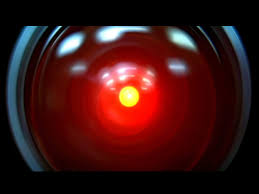 It's been another fairly long day at home. I've spent most of it playing tidy up and backing up data. Very boring. Ensuring that all my music, all my pictures, and all my video is backed up onto a slave drive. Matching up 4 Hard Drives, and hundreds of CDR's of data is no easy or exciting task. I didn't realise how much I had. Now, I'm thinking that even having 1100GB of storage isn't enough. I'm into Terabytes. Hooray.

I also found myself in the middle of a row that it appeared was bestowed upon me by others. As a general rule, it's poor form, and ignorant to tell someone to go fuck yourself, just because I don't automatically agree with them about everything. I'm not a Yes Man. Never been a Yes Man. As I keep saying, I'm not taking sides, nor am I agreeing with anyone. I'm just saying that I can see the validity of both sides positions. Telling me to go fuck myself just makes you look stupid, rude, and ignorant.

Next time you'll tell me to go fuck myself, you'll regret it. I'm not rude or abusive to people. I don't need to be told to go fuck myself. And everyone someone tells me that, I get a LOT closer to not needing them in my life.

This is, of course, on top of having my own special level of hell merely for answering questions honestly and not lying on your behalf. If you don't like people finding out what you've done - DON'T DO IT.
- posted by Mark @ 10:00 pm