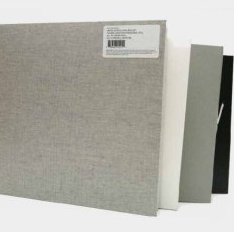 The Joy Division catalogue is fast becoming a minefield. For a band that kept a stringent, straightforward release schedule during it's short life, the two albums and five singles have been endlessly milked to become three albums, six official live records, two Radio Session releases, an exhaustive box set, and two 'best of' compilations. With these latest re-releases, I become owner of these albums for the fourth time. (On top of this, the best Joy Division concert recording from Amsterdam, the first album recorded for RCA in 1978, as well as the official live films, remain frustratingly unavailable officially).

Make no mistake though. If ownership of music was commensurate to it's brilliance, then I'd have these records twenty times over. In one respect, you should see these reissues as a continuation of the short lived “Fractured Music Archive” that saw a handful of short-run, poorly selling Joy Division live albums issued in the late Nineties. The bonus discs that come with these packages, containing full recordings from the miniscule Joy Division concert archive, are welcome additions to the canon. Given the limitations of time, technology, and cashflow from a penniless Manchester band struggling on an indie label and regularly playing shows to a few hundred people without anything approaching a big hit, it's some wonder that anything remains in a usable form. As Peter Hook once said, they couldn't even record rehearsals and thus, the songs only existed at the time those four people were in the same room together. So little remains, and yet, so much.

Joy Division have recently been at the hands of a critical resurgence, aided by the Anton Corbijn film “Control”, the “Joy Division” documentary, the namechecks from the large number of up-and-coming-bands who will never be as good as Joy Division, and the recent messy split of NewOrder. This then, is an ideal opportunity for the band to rectify the unsatisfactory original CD releases, and follow the latest trend for deluxe editions by adding extraneous live material (one can hope that a similar attempt occurs with the New Order releases to ensure the more obscure ends of their catalogue are made available in digital form). 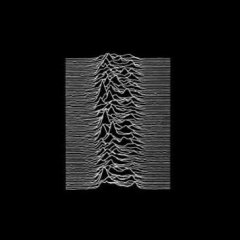 Of the three albums, “Unknown Pleasures” is the icy cold sound of a frozen, sterile Manchester : a fierce contrast to the live sound showcased on the second disc, “Unknown pleasures” is and was an utterly alien experience. At the time, the brief aftermath of punk was raging against everything and anything in a display of full-on inarticulate aggression – Joy Division were the first truly post-punk band, moving from this rage to a state of ambition and aspiration – not just to rage but also to seek a way out. The LP is a short, harsh, alienated essay on then-modern life : under the age of vinyl LP's, records were often just 36 minutes long, and holds no flab or filler. Every song is a concise, but unhurried experience, and the rarified, dry, near academic atmosphere created by Martin Hannett shows clearly that Joy Division were, in the studio at least, Hannett's creation. Nowhere is this more noticable than in the sets accompanying concert CD, which shows Joy Division for the rough'n'ready rock act that they were – all rough edges, sharp corners, abrasive guitars, pounding drums of controlled, primed release, and Peter Hook's distinctive, unique bass melodies. The whole package is mastered over by Ian Curtis' troubled, but vital vocals : the language of rock has rarely been so rich. Most people add words to songs. Curtis added poetry, and used his words as an extra instrument instead of an afterthought – adding to the dense soundscape an intense and complex lyrical world with compelling vocals. This is not just musak : you can't just listen to this stuff whilst doing the washing up or shopping. This isn't music to be heard, but music to be listened to with intent.

Thankfully, disc 1 – the studio album – has been unencumbered with the addition of unnecessary, ugly extra tracks : the album is a complete statement in and of itself. The live disc is (mostly) a repackage of material from 1997's “Heart And Soul” box set, capturing a rough recording of the group performing at Manchester's Factory : an abrasive rock band powering loosely through, and extrapolating from, the bulk of their then new LP with a theraputic aggression. If you don't have “Heart And Soul”, this isn't a bad purchase (and good value at the price), but is strictly rather unnecessary. 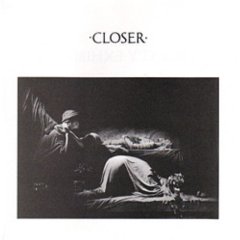 “Closer”, the second LP, and Joy Divisions final actual album, came a mere 11 months on, but the difference isn't merely time, but distance. Since the debut, the band have moved on from the frozen wastes to a glacial desperation. Curtis – plagued by ill-health, domestic strife and infidelity, has become ever more entrenched in his battle against life. Musically, Hannett's production is stronger than the debut – the drums no longer sound like blocks of ice but a fierce, clipped military power keeps the rhythms barely in restraint. As was the bands preference this album does not feature the 'big hit' singles (buy a copy of “Substance” or “Heart And Soul” to get those), but instead 9, seperate standalone tracks which will be barely familiar to the casual fan. Opening with the escalating “Atrocity Exhibition”, the album – and it is an album, a suite of songs designed to operate together as a cohesive experience, not just a bunch of songs in some dumb order – move the listener through all manner of emotional crevices before the final strata. Clearly, this is the song of a band at some kind of precipe. It's easy to retrospectively fit this, and claim it be Curtis' suicide note, but in reality, like “In Utero” it's no such thing. It's the sound of the eternal struggle between what we want life to be, and what it actually is. The album draws to a close with the harrowing trilogy of “Twenty Four Hours”, “The Eternal”, and “Decades” : as if the fight has gone out towards the end of the record, the music draws to a haunting keyboard motif that gently fades into nothingness. Possibly in fact, the most poignant closing song on any album of all time.

As per “Unknown Pleasures”, the second disc contains a live recording (taken from London's ULU during the "Closer" sessions), and reflects the bands ethos of the time. A well honed, near-fierce aural assault played by committed, passionate, troubled men. As one could expect, the sound of the time, and the limitations of the technology are such that the live experience doesn't reflect the latest in audio standards, but captures the spirit and feeling of the time (as much as I can tell) accurately. The recording is by no means a stunning example of audio fidelity, but it provides a snapshot of an evening in the groups life. Good value for money, definitely. 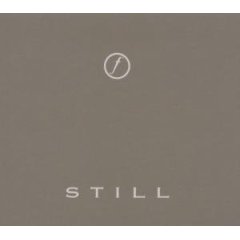 Third - and final album - “Still”, originally a compendium of unreleased material and a recording of the final JD concert, now contains a second full live show. That said, who's complaining at the surfeit of material? Admittedly, “Still” still suffers from missing one song deleted due to space restrictions from the CD version (which has, criminally, still not been rectified), but that's a mere quibble. The studio portion of “Still” offers unfinished / unreleased songs from Joy Divisions catalogue, remixed and finished by the remaining members of the band, to create an uneven listening experience : drawing on material from the bands earliest days to their final recordings, “Still” lacks the sense of narrative and sonic cohesion of the other records, and sounds exactly like the compilation from varying eras that it is. That said, Joy Division were always in an excess of creativity, and the album contains some classic songs that sadly never found a home during the band's life – such as “The Only Mistake”. As an appendix, “Still” serves its purpose : to beat the bootleggers that had swarmed around the bands mystique following Curtis' demise with a definitive collection of unreleased material presented in superlative quality, alongside the final Joy Division concert recorded in Birmingham. Aside from a minor microphone problem during the opening number, the set is technically a perfect recording (the performance is not superb, as the primitive home-made synthesisers are not always in tune, nor is Curtis' health sufficient to a full performance, though this is barely noticed on vinyl).

The second disc again features a full, ureleased performance (including soundcheck) from High Wycombe mastered from a 1st generation cassette tape. It's an interesting moment in the band's history (and well worth investigating), but one does have to question the validity or point of re-issues that further complicate the groups discography : in some respects, it would have been preferable to release a boxed set at a similar price featuring all the recordings not featured on the album canon of “Unknown Pleasures”, “Closer”, “Still” and “Substance”. That said, it's a minor quibble : these remasters are excellent value for money, containing a weighty selection of almost all the bands work spread across three studio albums and four concerts that are ideal as a starting point for someone who is looking to acquire almost everything Joy Division released quickly and easily. The quality of the music in these discs cannot be faulted either : Joy Division are, quite rightly, hailed as legends, and on the strength of their recorded legacy they deserve it.

Comments:
silly fact #1: my former basketball coach played drums in the band that supported JD in Amsterdam during that gig.