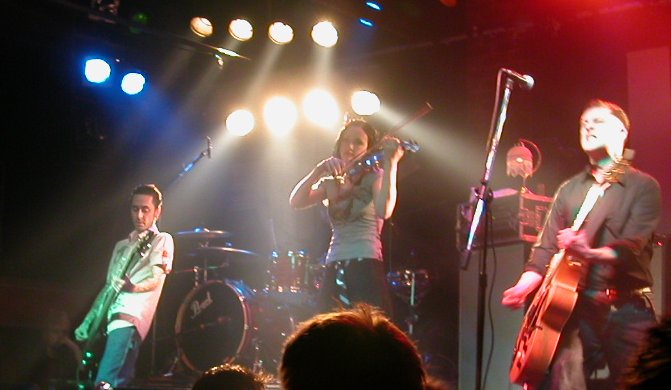 It’s been a busy year for The Wonder Stuff - aside from this, the third official Wonder Stuff live record, July saw the release of the BBC Sessions concert package, as well as April seeing Miles Hunt (with almost all of The Wonder Stuff) release the umpteenth studio record “Not An Exit”. And three solo tours by Miles. A busy year for a band that hasn’t played a show together since Christmas : and they haven’t yet managed to finalise the rarities collection they’ve spent a large amount of time this year compiling yet. Record company politics can strangle art. Ask Prince.

“Live” - the somewhat prosaically titled experience - serves it’s purpose as a tidy precis of life on stage for The Wonder Stuff in 2006. Now masters of their own destiny, freed of the often restrictive nonsense of number one singles, chart positions, NME covers, and ever being ‘cool’, The Wonder Stuff are their own men. And men they are. Being written out of history by a pathetically revisionist NME (who still pretend The Verve meant anything more than being The Band People Saw When They Couldn’t Get Oasis Tickets) has set them free.

It’s also about time The Wonder Stuff moved beyond the shadow of nostalgia they’ve been unwillingly caught in for some time. It’s no secret the dissolution of the original reformation was due to a battle of wills between a party that wanted to release new material and another that preferred to mine the past. With the new lineup seeing Miles and Malc joined by Andres Karu (of Miles solo band), bassist Mark McCarthy, and violinist Erica Nockalls - and producing two new albums in as many years as well as returning to the hectic touring schedules of yore - The Wonder Stuff, quite rightly, see “Live” as a way of restating their current agenda. Going forward, unashamed of the past. 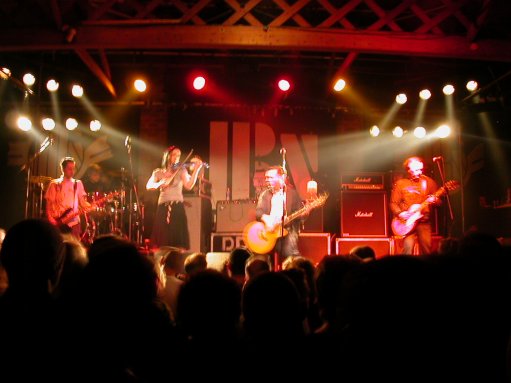 “Live” sees the new lineup executing old classics with the long standing passion, verve and style one could expect, and effortlessly integrating the new stuff with the old. If anything, it’s only the fact that the band are now a cottage industry instead of five multinational megacorp employees that sees any gap in one’s potential enjoyment of the record : not as many people bought the new records, and therefore, live at least, many of the attendees aren’t especially familiar with the material. In a concert venue new songs such as “Blah Blah La Di Dah”, “Tricks Of The Trade” and “Escape From Rubbish Island” are as good as anything from the older albums. On the live CD, these songs stand up as equal to the old classics, slotting effortlessly into the set as if they had always been there. Of a different era, certainly, maybe less flippant, but just as witty and bitter.

And almost all the songs you‘d expect to hear are here. “Live” - the sequel to 2001’s reformation-era “Cursed With Insincerity” - was captured over five nights in 2006, and shows that The Wonder Stuff are keen to progress on their journey. There’s been a deliberate effort to not replicate One Night In The Life Of The Wonder Stuff. Over the several nights, the band performed many songs not present on the 2001 live set, and almost all of them are here. Whilst one could argue that since there is space for “A Wish Away” and “Give Give Give Me More More More” and “Caught In My Shadow” and “Ten Trenches Deep”, that they should all be on there, how many live versions of such songs do we need? I’d rather have a song that hadn’t been on any live album included than one we’ve heard countless times before. It also helps dispel the conception that The Wonder Stuff are a nostalgia trip. Been there, done that, not doing it again, baby.

In fact, the only fact about the set that fails to satisfy is the artwork : the bands long established visual style of bold colour and clashing edges has been superceded by a muted and not entirely successful film-noir black-and-white documentary look. The clear identity of the group is slightly compromised by this, and it’s difficult to see the artwork and think it belongs to the same group who also made those records in 1988-94. In some ways, the new style reflects the new ethos, and that desire not to pander to nostalgia is commended. 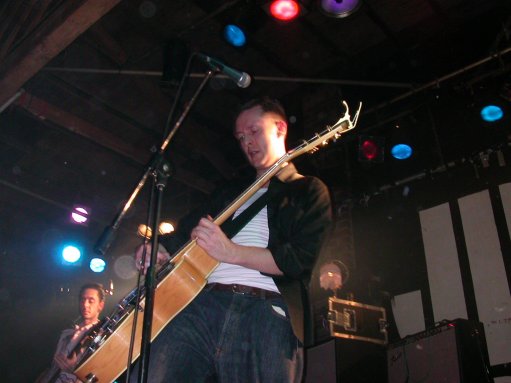 In the grooves though, they revitalise and resurrect numbers not on any previous live release : “Poison” (missing from the original reformation shows in 2000), as well as eight songs from the new era of the band help make “Live” more than what could a potentially unexciting greatest hits set. The Wonder Stuff will never be a indie karaoke jukebox like say, The Rolling Stones, who still pretend they never made a record after 1981.

Performance wise, the band are in fine fettle. The new line up are more than mere clones of the past : whilst you could close your eyes and not know that the personnel have changed, it’s also clear that whilst the songs are played exactly the same way we know and love, they’re also… different. Older, wiser, harder. And yet still always The Wonder Stuff. Erica’s violin playing captures a different, more honest tone than the often echo-heavy work of previous Fiddly Martin Bell. Even the drums and guitar reflect the bands new found work-ethic, sounding more driven than the previous mixed-to-an-inch-of-their-lives albums. “Live” is a fine record that reflects life in The Wonder Stuff in 2006 - a new look, a revitalised line up that goes back to basics, going forward with new material and a new ethos that anyone who ever liked the band should see worth in. 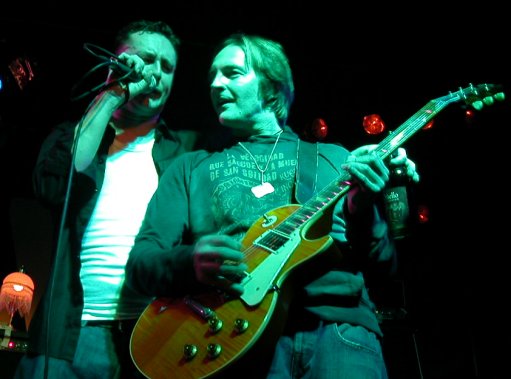