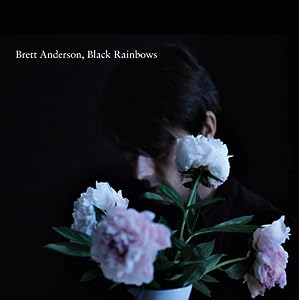 Reinvigorated by an unexpected Suede reunion, Brett Anderson returns with his fourth solo album in four years – and the first in several years to bring back the sound and trademarks perhaps best known for in his first creative life. Over time, his career – though one might be callous to call an artistic life a career – has taken many routes and many paths. Far removed from 2008's “Wilderness”, and 2009's “Slow Attack”, the prolific Anderson – at 19 years and ten albums into a journey – is moving away from the sparse effects of his later work, to the kind of expansive, ambitious, larger songs that, with “Black Rainbows”, come closer to the somewhat unashamedly artistic excess of “Dog Man Star”. Material such as “Unsung” and “Brittle Heart” may be a world away from the adrenaline rush of Suede's better known hit singles, but who has stay immortalised forever in formaldehyde, imprisoned by the songs you once wrote? These are strong songs that the listener wants to return to, to explore. In the production, there is that rare quality ; the need or desire to hear those songs again.

It's not easy pop, but the kind of music that requires more than hearing but listening : an involving work with layers and structures that rewards repeated exposure.

Resembling the kind of dense, but airy production that characterised mid 80's Siouxsie And The Banshees, and the first few Cure records, with immense drum sounds and spidery, thin guitar lines and orchestration, “Black Rainbows” is a confident, unhurried work, that creates with it an air of experience. Far from the brash pop thrill of the early Suede records, it is a record that is very much the work of a man. Clearly, there have been lives, loves, and moments of loss here, in the lyrics and melodies reporting back a world that is more lived than observed. There's a maturity to the melody and the words that demonstrate an artist growing instead of regressing. The songs themselves don't have to prove anything – and are a welcome return to the more accessable and immediate songs that perhaps were missed in the obtuse and delicate work of late last decade. There's an essence here that, like some of Anderson's contemporaries, shows an artist evolving and changing and becoming much more than originally thought. “Crash About To Happen”has a small, but unforgettable set of motifs ; combined together, the songs rest on short codas and melodies that, when placed together, make a record of great moments held together by a glue of something more than the sum of its parts, with every song

In some ways, “Black Rainbows” is a rebirth, a third wind, if you like, for Brett's career, and one that opens up an exciting avenue for future releases. If Suede are to continue their reformation then this promises an exciting direction for Suede to become more than the pop machine many people wanted to them – and if not, Brett Anderson is on an exciting artistic journey. And if you were perhaps, wondering what happened after Suede split, you can comfortably begin the process of discovery here.
- posted by Mark @ 9:39 pm