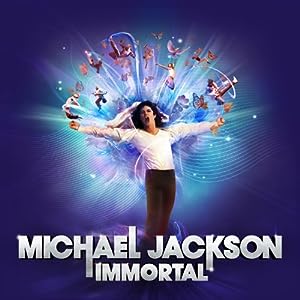 Winning "Most blatantly untrue album title" award is this latest, somewhat bizarre interpretation of how to keep Mr Jackson's dimming legacy alive. Death may, as a consequence, perhaps be seen as a good career move. Certainly, in the two years, since his death, Jackon has released more records than in the decade previous : a best of/soundtrack, a fascinating documentary about the-tour-that-never-was, an album of reheated 'new' material, and this.

In the light of Kurt Cobain's shotgun sandwich, within an hour, the record company were on the phone : have we pressed enough records?

A two hour remix/compilation of unreleased versions, newly-created remixes, and old material all mashed together in some kind of bizarre hybrid Frankenalbum. Some of it - the melding of "Is It Scary/Threatened" and "Don't Stop Til You Get Enough" are quite exciting, by virtue of novelty, - but overall, this is yet another fairly lame reheating of old stuff - and very well known old stuff : sure, there are moments where Jackson's keen ear for rhythm and production shine through, as the wordless stutter of "Remember The Time", and the precise beats of the later material demonstrate. But some of the moments are cringeworthy : Jackson's spoken word moments can veer on the creepy, and even sinister, especially when he talks in tear-choked words about the innocence of children which seems theatrical and vaguely threatening. The huge gap between his vocal timbre of the early 70's stuff, and his later, more grown up, fuller songs seem almost jarring : as if Jackson was replaced by a near identical soundalike in 1978 who had hair on his body parts.

Ultimately though, "Immortal" is a somewhat redundant record : the combination of material lacks any sense of structure apart from being some kind of bizarre, Michael-Jackson only DJ set made of frequent mashups/remixes and deservedly unknown out-takes. It's not bad, nor is it particularly good, but a way of extracting from a sense of nostalgia and regret some more money and a vague fragment, or imitation of something new. Artistically redundant and musically unexciting.
- posted by Mark @ 11:27 pm