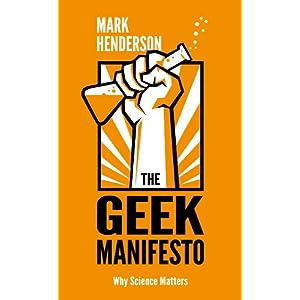 This topical, timely, and very recent book, is a defence of science, fact, evidence after it has long been discounted as irrelevant or spurious when ideology can overrule it. The examples use are both staggering and overwhelming : the current Government's Drugs Tzar was fire from his post for the indulgence of using scientific research and evidence to produce a result that did not match up with the governments ideological objectives.Only one MP in 650 is a scientist. Each chapter in this largely essential work is constructed in a common sense orider, rationally, and with an underlying theme that identifies key areas of our society - science, environment, education, economics, and so forth - and presents a chapter that follows a depressingly familiar theme, where evidence and fact are discarded by those who are "Not Even Wrong" ( that, who do not even understand the subject enough to judge it competently) : and whilst there is an element of preaching to the converted in this book, insomuch as those who need to hear the message are fundamentally opposed to anything that does not agree with their iedology. This book picks up the mantle of Ben Goldacre, and Robin Ince, and many other fact-based writers, and places their work within the political climate we live in today. A strike for those of us who are realists and not dreamers.
- posted by Mark @ 8:30 pm