You'll never learn anything if you never make a mistake. 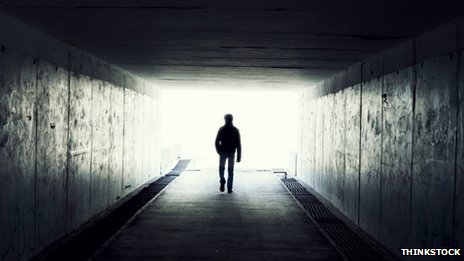 Whether you ever declare or not, somewhere inside all of us, we know certain things.

One person – I think his name is Jeff Leach, and allegedly some kind of comedian, albeit one I have never heard of – has slept with 300 people. Well, someone get this man a medal! “Good enough to fuck, not good enough to love”. That should do it. What a fucking hero, shagging all those women.

It's easy to fuck 300 women if you want to. It takes effort, certainly, and probably money or charm and commitment, no standards, and a willingness to let your penis invade anyone who will let you, but it's not some heroic act. Me, I'd rather fuck an amazing woman 300 times than 300 women once each.

And no doubt, when he was finished, he catalogued each one, spreadsheeted them, put the number in the book, googled them and saved a photograph to his hard drive : and for what? For why?

Is sex some kind of collection? If that's the case there are, quite literally, billions of women yet to receive the Holy Cock Of Promisciuity. I am fairly sure that they must be weeping themselves to sleep having not felt the flesh of the transient attention, or perhaps, the loneliness of the long walk of shame home. And thousands of girls reach the age of consent every day : you gotta fuck 'em all. A naked Pokemon, or Poke-a-woman if you are a connisuer of appalling linguistics.

What is it that drives a man to stick his penis everywhere he can, like some kind of human USB stick? A loneliness? Stupidity? Insecurity? An impossible ideal of the perfect woman?

There is no perfect woman. The best anyone can ever find is someone who is smart and honest and warm and will put up with your boring shit about football, movies, and cars.

Oh, I know. I've hardly been chaste in my life. At my least faithful, I was conducting three relationships at once : seven in one year : four people in one week : two in one day. I'm not sure exactly why. Looking at it in the cold light of over a decade later, I confess to not missing it at all. I never wanted a thrill of the chase, but the knowing security of a plot in my life, a narrative, a companion in these lonely adventures, someone who was going with me in the same direction, headed the same way, two starcrossed lost souls adrift in the same direction of the long sea called life.

Three. Hundred. Women. What the hell? Certainly, that moment, that thrill when you lean in, and someone else leans up, or towards, when lips meet for the first time and when - there's little thrill like it : but then, I don't want to be thrilled with life : I want to be happy, I want to be content. I don't want to be a drug addict, chasing the next illusory goal. People get addicted to things they love, but whatever they get addicted to, is just a delivery mechanism for the adrenalin thrill inside – the momentary lapse of reason, the line of white, the moment where you lose yourself in someone, something, anything else.

There is no orgasm as powerful as the love a sane person has for their child. No hit better than love. I was looking to fill that God-shaped hole, the sense of inner peace : the sense that life itself has been made the best it can in the circumstances we are given. I don't hit the town anymore. It's boring being drunk. The greatest moment is when we transcend ; where we leave the world that humanity made and exist somewhere else for a period, even if it is only a fraction of a second, it is the greatest thing there is.

Or you can chase 300 women and try to have sex with them. Which is boring, being yet another notch added to the fucktree. There's more to life than this, isn't there?
- posted by Mark @ 11:23 pm