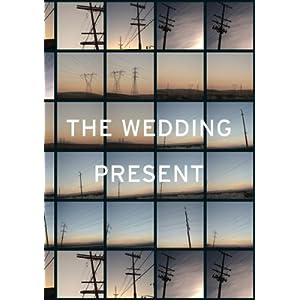 A 76 minute documentary that follows the newly reformed Wedding Present on their first US tour in a decade - "Drive" - sounds like Rattle And Hum and is anything but. Self-shot by the band on a hand held video camera across several thousand miles of driving, the format is relatively straightforward : two or three minutes of conversation and snapshots, interspersed with a live performance. The live performances cover 16 songs (only two of which are featured in the 2005 Live DVD "An Evening With") - all recorded at multiple dates on the tour. A single camera for each show, then a compilation of a dozen performances stitched together to create a full song. It's an effective, cheap trick, and one that manages to create a cohesive set of songs. At the end of the hour-and-a-quarter, the documentary comes to a close with no real ending as such, but a gig-faithful, barnstorming version of "What Have I Said Now?". A more than suitable companion to the official live DVD.
- posted by Mark @ 8:48 pm