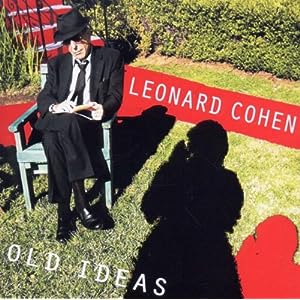 At 78, or so, Leonard Cohen – until recently, long thought largely retired to all intents and purposes, explores an artistic Indian Summer. Disappearing to all intents and purposes up a mountain for eight years in a long deserved sabbatical, and taking a decade and a half away from performing live, his existence as a creative being is proof that the muse never really dies – for this is what Leonard is, a lazy old bastard in a suit – and also, perhaps more than anything, no one has ever made buddhist pensioner sex seem so appealing.

His style, that half spoke, half-whispered lullaby of bereft melody, glides over barely present, gentle backings. There's an air, as there has been for many a decade, that the journey is always with one eye on the closing door. “Going Home” sounds ready to gently sip tea and be embalmed – albeit with no sense of anything other a knowing farewell. You can't fight it, so you might as well die on your own terms. When he sings of “Going home, without the costume that I sometimes wear”, maybe he hints at a degree of openness, and also, in “Amen”, of someone who has seen a little too much of everything. Who hasn't seen too much?

As you might expect, it's stately, unhurried, and Leonard would rather use one word than forty. Perhaps, echoing Mark Hollis' advice “"Before you play two notes learn how to play one note - and don't play one note unless you've got a reason to play it." . Less, may be more.

If anything, a man resigned to the way it is, as one would be, for you can't shout at a river to make it change course. You buy the ticket, take the ride, and experience the high seas of life, knowing that you can't steer, only survive. And, lacking perhaps the sheer vitriol of having his life savings eviserated by his now-imprisoned former manager, Cohen makes the odd nod to being victim of a great theft : “I thought the past would last, but the darkness go there too. I should have seen it coming”.

Life binge what it is, this is another chapter in Cohen's story of his life. “Old Ideas” is an elegant title, knowing that, at once there is little new in this world, and yet also, experience can bring with it a wisdom all of it's own. If only, when I reach his age, I'm as sharp as Cohen, then it will be a prize worth sharing. As you should, your ears will quietly thank you on quiet, tired mornings. Drink this darkness from the cup.