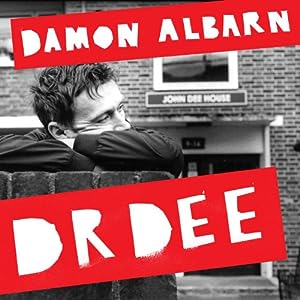 Albarn has a mission : to smash any conception anyone has about him, and reinvent himself as a man with four or five bands – the nostalgic, part-time Blur, the mask of Gorillaz, the promising but dormant The Good The Bad The Queen, Rocket Juice And The Moon, various solo things, and now his first record released under his own name since 2003's limited double 10” vinyl of “Democrazy”..


In the heart of this, it feels that everything Albarn does is a smokescreen, a wall, a defence. After the crushing sincerity of “13”, Albarn obfusicates everything he does in a mask. This, the soundtrack to an opera based upon the life of a 16th century figure of some historical import, is a largely obtuse, even cold work. Sure, Albarn can write a song, and is unafraid of anything, but his work lacks the central narrative, the central theme that made his clear hero – David Bowie – consistently powerful. At the heart of it, there is little, whereas for me, Albarn should stop writing songs called “O Spirit Animate Us!”, and write songs about what it means to be alive in this year and this world. With his voice absent from half the record, and barely a drum beat in sight, you could be forgiven for being disappointed, as it is not a Damon Albarn solo record, but a soundtrack to a play you probably haven't seen, and only half the tale.


It's a modern day equivalent to the aimless prog double LP's that followed a theme, however vague, with no link to 1976. Whilst Britain burns, and the political landscape is aflame with fury and inequality, Albarn writes about 400 year old dead men. Albarn burbles about a dead Britain, whilst around him, the country itself dies in inequality.
- posted by Mark @ 12:08 am