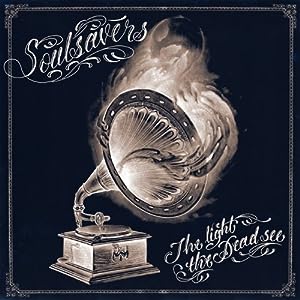 Ostensibly the new Soulsavers record with guest vocalist Dave Gahan of Depeche Mode, “The Light The Dead See” is more, so much more, than Gahan warbling on top of other people's songs in some vanity project to stave off boredom.

Miles away from Depeche Mode's throbbing, maudlin menace, this is an epic, majestic record : bass, drums, guitars, barely a trace of a traditional synthesiser or keyboard rack, Gahan's voice sits elegantly and comfortably over sweeping live strings and dynamic arpeggios. Each song sounds like some kind of hope-in-the-face-disaster anthem. Without any of that cellphones-in-the-air Bruce Springsteen / Bon Jovi stuff.

Gahan has never sung better. Never sung with so much passion, conviction, or with so much meaning. To all intents and purposes, this may be a Soulsavers record on the box, but inside it is a Dave Gahan solo record with a new, and exciting set of collaborators. Particularly on “The Presence of God”, and throughout the rest of this, you can imagine that this is Gahan wrestling with the eternal dilemmas we all have – what is my place in the world? As a lover, a father, a fighter, a worker, what role do we have, and do we want that role? - …. because you may not have a choice. Life is, after all, a thing you can't control and must exist within. Finding a peace within that is a power.

“Just Try”, after all things, is an exploration of the moment of death. Who else, aside from the bonkers Flaming Lips, would do a song that you might as well call “The Last Thoughts Of a Dying Man As He Watches From Heaven His Own Funeral?”.

Coldplay think they do meaning, but really, they are unassuming aspirants, far beyond their grasp, trying to fake depth and thought with their meaningless/nonsense lyrics, like someone who barks at a dog and thinks that they are speaking with it, or a random assortment of Scrabble letters that they think is a sentence. Here, Gahan simply taps into an articulate but uncalculated sincerity of expression : what is it to be old and have a young soul?

There are two types of artists – those who refuse to face the world changing around them, and their aging place within it. And those who see their art as a chart, and life as a journey : where are we now? What are we doing? Why are we here?

“The Light The Dead See” is not just Gahan's finest record outside the band, but one of the best records he has been involved in, full stop. It's not for everyone, nor is it a panacea to the starved and narrow-minded Depeche Mode fan, but it is the kind of record I would be proud to make. 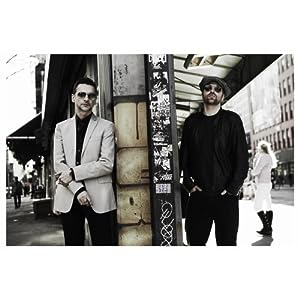