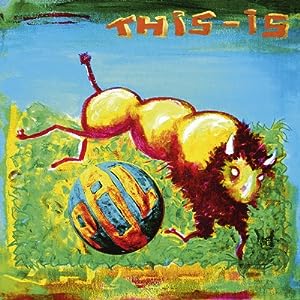 Twenty years ago, PiL, then sporting a lineup of ex-Smiths, ex-Banshees, ex-Pistols, and numerous others, gave the world their stroppy swansong : “That What is Not”. Built on thick riffarama and a solid, pounding rhythm section, it was the exact type of broken stadium rock that Lydon had painted himself into a glorious corner with. And then the band split, the Sex Pistols became a nostalgia act, a punk museum, and Lydon's minimal recorded output – a couple of guest spots, a underperforming but determined solo record – slowed to nothing.

Is there a place for PiL in 2012? The last time this band put a record out, I was living in Leicester, studying for a qualification, John Major hadn't yet won an election,cassettes were the future. There was no internet. Nirvana had yet to headline Reading. Mobile phones were as rare as a private helicopter. “Doom” had yet to be released. Culture was a dripfed vaccum in one direction : from them to us. Everything has changed, and yet nothing has.

The same old battles, the same old wars. Fighting against the business and industries.

With the contrary, and utterly sincere Lydon, PiL has always been his personal love, himself, but different, presented through a prism, no pantomime, no caricature, but an aspect. Who would've dared hope this crotechy old grumpy fucker would bring back his best band and fund them with butter adverts? Who would've thought the lineup that toured 1986-87, with the perfect “Album”, and the intermittent “Happy?”, would be the one he would choose?

Who would reckon that, at 56, Lydon would still be scratching the same itch, bearing the same soul, fighting the same battle? Aurally, the band are still, as ever, exploring the guttural. It opens with Lydon grimacing, a minimal drum pattern, a rising roar as he proclaims, perhaps more effectively than any other version of the band, PiL as a communication machine, with art, sound, performance. “This is PiL”, the title track, sees Lydon proclaim clearly what this is. Edmonds peels out rising riffs and textures. Combined with “One Drop”, and lyrically, Lydon is as sharp as ever. No dimming of the flame. A man rightly furious about the state of the nation. It is an urban album : the steam of London burns through every line, the roar of the underground, the closed factories, and the broken dreams. Songs like “Deeper Water”, “Terra-Gate”, and “Reggie Song” are evocative things. I'm used to people getting to a certain age, and not caring about the world anymore. As life changes, and people change, and the world revolves, the centre remains, and this is the core battle Lydon is fighting : about being human and warm in the morass of markets and mortality.

“Through The Woods”, there are moments where the entire song lifts to a giddy crescendo, where the guitars transcend, the bass roars, and everything becomes so much more than just a combination of instruments and ideas to a primal, spiritual roar. Whilst PiL may not have done much in the years, this si their best album in a quarter century. Not since “Album”have the band growled so convincingly. Not since the days of Wobble have this band held such a deep and throbbing bass : and Lu Edmonds is an undersung guitarist – though no one can touch the departed John McGeough for skill, Lu is a worthy successor. The rhythms, deft guitar, and intonation invoke the best of PiL across all decades, from the sparse earlier years to the huge rock of the late Eighties. “This is PiL” could, and would, rightly, be seen as the definitive PiL record : the place to start. It is a record that will not leave my ears, a consistent, brilliant, vibrant classic. This is the record I have been waiting for Lydon to make the past 25 years.