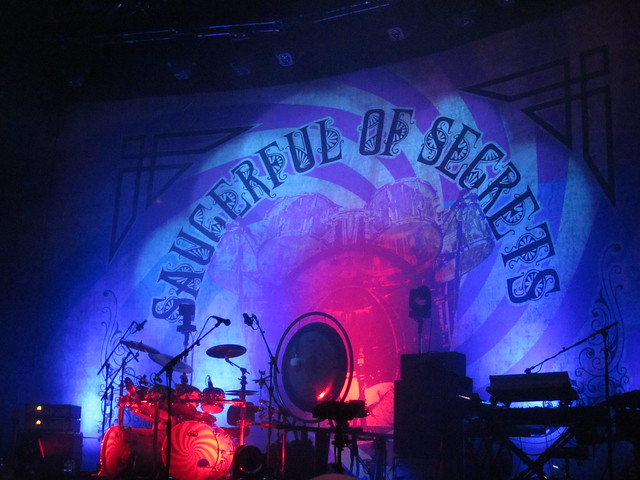 With Pink Floyd now defunct (and half of the original lineup dead), and both David Gilmour and Roger Waters working in their own solo spheres, Nick Mason – the only member of Pink Floyd to play on every album and at every show – occupies the enviable status of being both the last man standing for this great band, and perhaps its most fervent cheerleader. At 75, it’s a strange time to be on your first solo tour, but Pink Floyd have never been the most conventional of bands.

In another universe, the Floyd would have carried on like The Stones, touring football stadiums every so often as an incredibly well paid job on the back of yet another greatest hits record, before one of them finally dropped dead in a hotel room in Copenhagen being almost as rich as God herself.

In this world, the Floyd simply took breaks and made solo material – inevitably one of them lasting 25 years, and then the band were no more. One can hardly accuse Mason of hurriedly exploiting the bands name for glory ; starting his first solo tour in his seventies, in theatres about 50 times smaller than the final Floyd tour, and ticket prices being at least half what you might expect from an original member of the band - having waited a diplomatic quarter century to do so, it feels like a faithful and proud reclaiming of the bands often overlooked early material. There’s a sense that this tour is the sole result of his phone never ringing, and Mason wanting to simply go and play drums on songs he loves with his friends. No song in tonights set is less than 47 years old. Frighteningly, none of these songs were recorded whilst I was alive. And I am in my lateish forties. Most of them were never played live by Pink Floyd since before I was born. And there’s no real reason I can think of why : most of it is staggeringly good, and clearly points to the melodic strengths of The Dark Side Of The Moon. 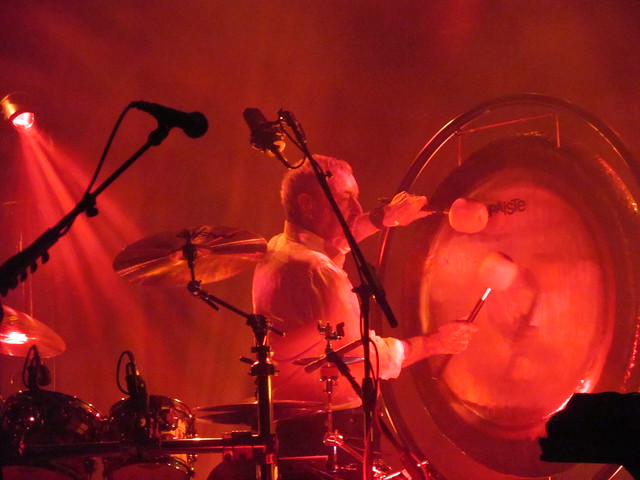 The early Pink Floyd – with Syd Barrett – is a band that ceased to exist fifty one years ago ; if you saw them then, there’s a slim chance you aren’t in your Seventies. And an even slimmer chance you remember any of it. The band Mason fronts is a convincing mixture of Floyd alumni – including their live bass player of over thirty years, Guy Pratt – alongside Gary Kemp and Lee Harris on guitars, and Dom Beken on keyboards; all of whom seem to be living out their childhood dreams that were forged by listening to Relics at school in the 70’s, and now get to play the songs with the bands original drummer. The Pink Floyd rhythm section of the past 30 or so years, performing the bands early material, on tour in small rooms, feels like fun. It’s the first tour that Mason has played without a second drummer / percussionist on stage since I was four years old. But it doesn’t show.

It feels like a fleeting glimpse of what may have happened then : every song is dispatched with a sonically pure, precise but faithful sound, with Mason pounding the drums in the way that demonstrates how whilst he always played to the benefit of the song and not his ego, his strength came in knowing when not to overplay the song. Material such as “Interstellar Overdrive” sounds muscular and powerful – the way the records never quite captured thanks to limited technology and rushed studio budgets.

The choice of songs is astute ; with a clear selection of strong material cherry picked from the first six studio albums – including three songs from the much overlooked ‘Obscured By Clouds’, including the brilliant, and pounding title track which slips effortlessly into “When You’re In”. There’s a medley of “If” and “Atom Heart Mother” which – if you close your eyes – could be any one of a million early 70’s live recordings. Alongside songs which, if you’d told me five years ago I’d be watching a founder member of Pink Floyd perform “Vegetable Man” or “The Nile Song”, I’d’ve told you to stop lying to me. The early Floyd material is – was – fiercely inventive and fun, but sporadically brilliant, and sometimes rubbish. Such was the life of a young, hardworking band who made an album every year whether they had written enough songs to justify it. By the time the set comes to a close, “See Emily Play”, “Bike” and “One Of These Days” reaches a thunderous ending, it feels like an authentic recreation of what Pink Floyd might have been like. The pensioner in a tie-dye shirt headbanging on the front row seems to agree. 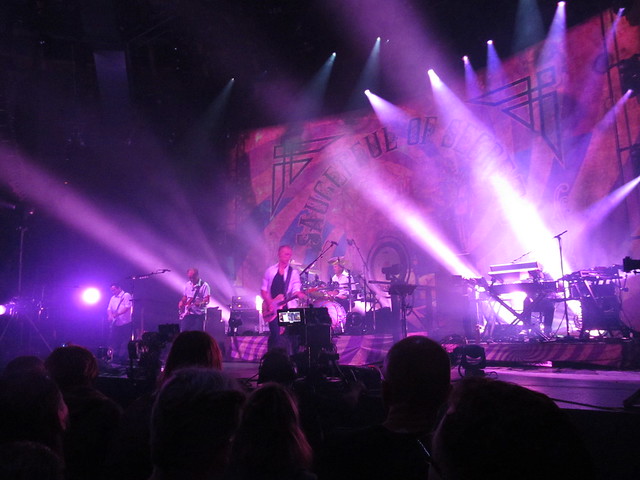 Huge chunks of this are Mason fronting a tribute band to himself ; but also, if anyone has the right to play the early Floyd material live, it’s Nick Mason. Nobody else is doing it – as both other living members rarely, if ever play anything recorded earlier than 1973. And this bands material ends at 1972. Overall, it was an unexpected, revelatory treat that showed just how wrong anyone who writes off their early years is. A Saucerful Of Secrets feel like a glimpse into what these songs might once have been like and a vital restatement of the bands early work – making these songs live and breathe again on stage in a way almost all of us have not seen in our lifetimes. Miss it at your peril.

A Saucerful Of Secrets
Point Me At The Sky 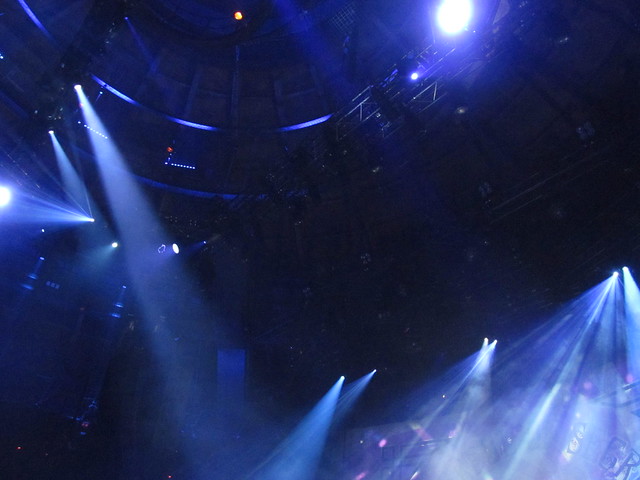 Comments:
I’m not normally into the idea of going to see ye olde legends but for this I would have made an exception, gutted that I didn’t know it was happening until after it had sold out. Who was doing the singing?