STAR WARS : THE RISE OF SKYWALKER

I woke up today, and I forgot that there was a new Star Wars film that came out a month ago. I didn’t think of it until I remembered I needed to write this. Well, I don’t need to. But I think I should.

What’s wrong? Well, everything, and nothing at the same time. I mean, it’s kinda like Star Wars, and does lots of Star Wars things. But make no mistake about it, if George Lucas had directed it, right now the fandom would be stomping about with pitchforks about how this was worse than The Phantom Menace.

And oh, it’s worse than The Phantom Menace.

Here it is : the culmination of a story after 42 years, even though the story ended in 1983. There was no need for the Sequel Trilogy to exist, and what we do have is a creatively lukewarm set of largely redundant fanfiction reheatings of previous ideas that – amongst many other things – approve once-rejected designs and obscure toys.

The stakes are high for this : either this Sequel Trilogy is a carefully constructed conclusion, or a hollow and empty disappointment where they were clearly, Making This Shit Up As They Went Along.

It’s the latter. The fanservice in this film is embarrassingly craven and utterly insincere. It feels like every few minutes we’re slapped in the face with an unnecessary (and internally inconsistent, illogical) plot development that screams “REMEMBER THIS??? YOU DO!” in your face.

Everything The Last Jedi did well – the huge possibilities of random Force powers hiding inside anyone and / or everyone, the removal of the ‘Chosen One’ bloodline elements, the brave rejection of our expectations to show character developments – is spinelessly retconned into a nonsensical mishmash of comforting incoherence.

The problem here comes down to JJ Abrams style. He’s very good at planting mysteries. Very good at asking questions. But he has no answers. God speaks, but the sky is empty. “Who is more foolish? The fool? Or the fool that follows him?”. With thus, JJ looks like a narrative incompetent who not only has no story to tell, but no way of telling it.

Sure, the film has lots of great moments. But moments are just that : the narrative that stitches it all together is cowardly and small. I can’t explain without getting into the detail… 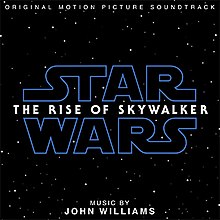 It’s by no means as outright fucking dumb as Spectre, or Promethushit, or Star Trek : Into Bleakness. But by the standards of a well constructed narrative, The Rise of Skywalker is an abject failure. It's creative cowardice, designed by committee, bled of personality, and devoid of invention. There's no story to tell, and not only does it chicken out of every narratively solid but unpopular choice of the previous film, it actively works to undermine the choices with spineless fanservice.

If nothing else, there’s a scene about halfway through where we think a major character who has been in eight previous movies dies. It has powerful emotional weight : and we see that on the faces of the characters. But as an audience we are kept in suspense for two scenes, and about five minutes. And not only that, but the affected characters find out eventually the true fate. We – as viewers – should have found out the same time the characters did. Otherwise we have lazy, incompetent storytelling that doesn’t know how to tell a story correctly.

Characters have memory wipes. But you know, it’s not long later we find out there’s a backup memory they can access. There are no true stakes. Nothing is truly lost.

And then other characters appear because it’s time we saw them again for the first time in 40 years. Not because they need to be in the story. But because it’s slavish fanservice that doesn’t serve the plot – or the character. It’s THAT GUY! Remember him?

Remember her? Or him? Or Nien Nunb? Yes, he’s back for about two shots. And he doesn’t get to sit next to Lando again. Dammit. Or do that coolass laugh that makes him one of my favourite characters.

Oh look! It’s Wedge. Back for one shot. Blink and you will literally miss him.

Kelly Marie Tico expunged and on screen for a total of 76 seconds.

Nothing really changes. There are no stakes. Characters die, but they don’t. C3PO gets his memory wiped, but he doesn’t. Palpatine dies in a previous movie, but he’s back in this one thanks to “cloning” or something… ?

Palpatine. Oh, fuck the fuck off. His return is incoherently and unsatisfyingly explained with handwavium, and a huge amount of bullshit. It doesn’t make any sense that somehow, he was scooped up from the bottom of the Death Star after falling several miles, and flown away from it in the few short minutes before it blew up, and nursed back to health. Palpatine is dead. His return is the kind of nonsensical bollocks that JJ Abrams, and his often incompetent apprentice Damon Lindelof have excelled in. Never think about what makes sense or could happen, always, always do what is cool, man. By the way, here’s some Snokes-In-A-Jar so you think that Snoke was just a clone. 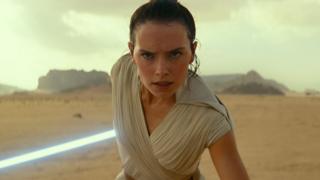 Palpatine should be a Force ghost, pulling strings and controlling puppets from beyond the grave in much the same way that Yoda, Obi-Wan, and Luke exist beyond the dead. And frankly, this film squandered the enormous potential for a Ghost Luke, and Ghost Palpatine, to have a battle.

And Rey being Palaptine’s Grand-daughter? Fuck The Fuck Off Some More. It completely castrates and devalues everything Rian Johnson worked hard to do ; to democratise and unravel The Force as no longer source of a feted bloodline but as a random and beautiful gift. (And, of course, if The Force is only fated to exist in select few familial bloodlines, how come there’s so many species that have immense Force powers?). Not only that, but somehow that Palps now wants to possess his own grand-daughter as a conduit for all the Sith? That doesn’t make sense. But nothing does anymore. Cool. Here’s some FORCE LIGHTNING, BITCHES!

And *that kiss*. It’s awful. Might as well have Spock and Kirk make out. It makes a nonsense of the characters and the rest of the two and a half films.

There’s also a fuckovalotof flashbacks that are inserted haphazardly to try and make sense of everything that’s going on.

As a technical exercise it’s a great bit of film-making, with plenty of mechanical showpieces of huge achievement. As a story being told, it’s woefully unsatisfactory. Plotwise, The Rise Of Skywalker is a bolognese made out of obligations, leftovers, and limited ingredients, turned into a skilfully created assemblage that doesn’t dramatically misses the mark.

This is a safe film, laboratory bred in sterile conditions, designed for demographics, resting on impossible coincidences and unconvincing plot developments. It’s not a coherent story, or a satisfying ending.

Fanfiction has never been so... squalid. It's poorly constructed, narrative gibberish, that is creatively useless and chickenshit. 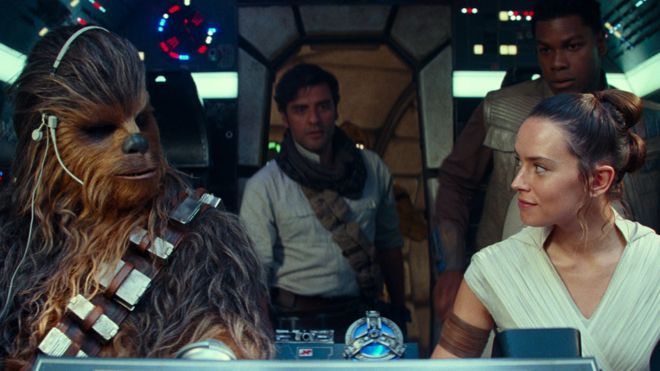